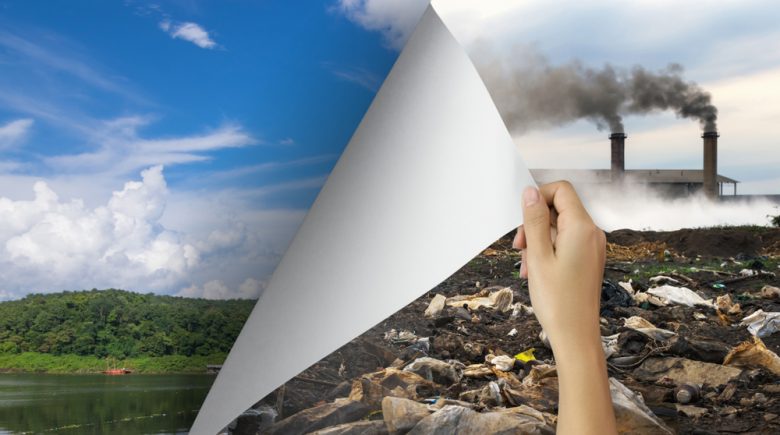 ‘Climate change’ is a phrase thrown around in media and in politics almost daily in many different kinds of context, but it is rarely explained. Climate is the pattern of weather in a region over a long period of time, although the region implied in this political context is typically the entire Earth. Climate change is a fact of life on Earth. In the Earth’s few billion years of existence, there have been countless shifts in weather patterns, as a result of external or internal changes. While not all of these shifts were necessarily negative, many of them did cause a significant change in life found on Earth, and a significant shift in the climate today would cause life as we know it to change forever.

Changes often occur in the solar system or on Earth, such as a meteor hitting Earth, a volcano exploding, or Earth’s tilt shifting. These events cause weather patterns to change over the course of hundreds of years. For instance, when plants first spread over the planet, there was a decrease in carbon dioxide in the atmosphere because it was being used in photosynthesis. Without the carbon dioxide that typically trapped heat in the atmosphere, the heat escaped and Earth cooled down. This allowed ice to grow from the poles across almost the whole globe. The relatively sudden increase in plant life triggered an ice age. This is an example of climate change. Keep in mind, this happened over hundreds of years; that is what makes is climate as opposed to just weather. A cold day is weather; a cold hundred years is climate. This is a common mistake. If it snows, it doesn’t mean that global warming doesn’t exist. Climate change doesn’t happen in an instant. Furthermore, even a two-degree shift upwards in global temperature can have significant effects, while still allowing snow to form in some regions of the world.

Currently, there has been a documented increase in carbon dioxide in the atmosphere, as well as an upward trend in global temperatures. There are many possible reasons for this, but the fact is that the increase in carbon dioxide is causing the globe to heat, the inverse of what happened so long ago when plants went global. The reasons are not confirmed: some scientist claim that this change in the global climate is part of the cyclical nature of the Earth and that the change is entirely natural, while others claim it is due directly to the fossil fuel use of the human race and that this overuse of fossil fuels is causing a dangerous increase in temperature. The difference is that a natural cycle will eventually shift backward before it reaches dangerous levels and a human-caused shift will continue up to dangerous, lethal levels of change. Regardless of the cause, humans can see the result of global warming today. The warming atmosphere is causing the melting of the icebergs at the poles, which raises ocean levels significantly, and will continue to do so. As the water level rises, many areas of land will sink below sea level. In addition, as ice levels decrease and ocean water increases, the ocean water will heat up. This causes more evaporation and moisture in the atmosphere, which causes more frequent and severe weather patterns, such as hurricanes, flooding, and extreme temperatures. Sound familiar? These weather patterns can and have already been observed around the globe. Summer 2019 was tied for the hottest summer in over 140 years, a clear example in a global shift in climate.

Overall, climate change is a hot topic because it is a mystery– nobody can decide what to do about it. To make a difference, there must be a drastic decrease in fossil fuel consumption and waste production in every nation. Unfortunately, this is difficult and costly for poor and rich nations alike. For this reason, some argue that it is not important enough to work so hard for. This argument is that global warming is cyclical, that the change in temperature would not be significant. They argue that to make a shift in consumption that large would disastrously impact the economy, and thus, the citizens of every nation involved. On the other hand, some worry that should climate change continue, it could have disastrous effects on the world at large. It would cause, food shortages, drought and the displacement of humans and wild animals alike. These people worry that a severe change in climate would trigger a mass extinction.

So while politicians may argue about the causes of climate change, the bigger question is what should be done. This answer seems to vary from nation to nation. On the whole, most countries agree that fossil fuel consumption should be limited, an agreement culminating in the Paris Agreement. This arrangement seeks to limit pollution and global warming. Not all countries have taken part in this agreement. Citizens, too, seem to be speaking their mind more and more frequently. Around the globe, strikes occur that demand change from the government; at the same time, others plead for the economy. One thing is for certain: this will continue to be a topic of conversation at home, at work and in political debates. As time goes on and the situation becomes clearer, protests both for and against change will grow. Familiarize yourself with this topic, regardless of your viewpoint, there is no doubt that ‘climate change’ will continue to be discussed for years to come.