American Automakers to Bring Jobs Back to the US? 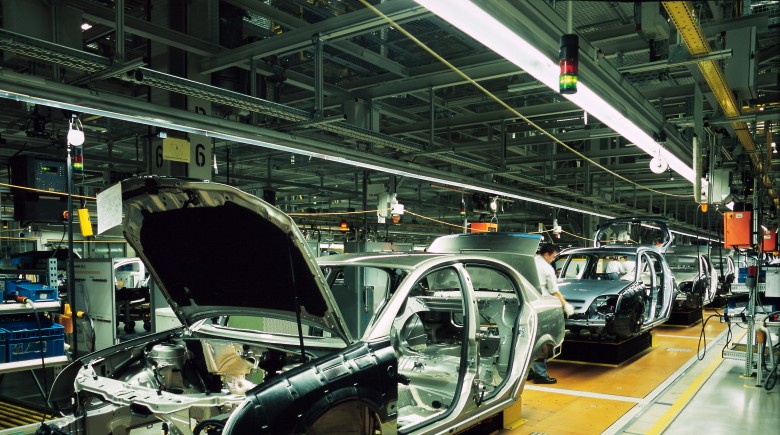 In recent months, the news coming out of the American automakers has generally been positive.  Ford and GM have recently released highly competitive vehicles in all markets, including the highly rated Chevy Impala.  Furthermore, Tesla has turned its first profit and the Tesla Model S is the highest rated vehicle of the year, having earned a rare 99 from Consumer Reports.  Finally, Ford and GM’s earnings have beat expectations.  So, the question becomes whether this will bring jobs back to the US.

The problem with this idea that the success of American automakers will necessarily bring jobs back to the US is the globalization of the car industry as a whole.  Even trying to figure out what percentage of cars are made in the US, it becomes clear that many cars that made in North America are made in Canada.

Using the American Automotive Labeling Act data from the National Highway Traffic Safety Administration, it becomes clear that the car that is probably the most American in terms of parts and assembly is actually from a Japanese Carmaker.  75% of the Honda Odyssey is US/Canada content.  Furthermore, the Odyssey is assembled in the US, the engine is made in the US, and the transmission is sourced from the US.  On the other hand, only 10% of the Chevy Spark is sourced from parts made in the US.  78% of it is sourced from Korean Parts and the Chevy Spark is assembled in Korea.

This disparity only underscores how far the labor side of the auto industry in the US has to go to even recover.  Although the surge in car buying and the improvement in the financial situation of American automakers may bode well for auto workers in the US, the problem is that the global supply chain has created a situation where fewer jobs may return.  The 20% predicated increase in car sales in July compared to the same period last year will not equate into a tremendous increase in employment for the US auto industry.  Those cars may not be produced in the US, even by US makers, as many popular models, such as the Ford Fusion, are produced outside the US in Canada and Mexico.

This is not to say that there will not be a surge of auto manufacturing jobs in the US.  The dynamics of the global trade routes and the principles of lean manufacturing means that it makes more sense for automakers to locate the production of their more popular lines in the US.  In recent years, Volkswagen and BMW are among foreign car manufacturers to expand or open factories based in the US.  As a result, auto jobs have been added to the US economy when the Big 3 of Detroit had been shedding jobs in an attempt to become more lean.

However, all together, it is unlikely that auto manufacturing jobs are going to come back to the US anytime soon.  If they do, it’ll be fewer higher paying jobs that require most applicants to have a masters in engineering as opposed to a high school diploma and a willingness to learn.  Furthermore, American automakers are likely to move some production lines to Mexico to take advantage of the lower overall costs there.  Although auto jobs may not come back to the US in the same numbers, the increased competition out of Detroit makes the American consumer the winner in all of these changes.

American Automakers to Bring Jobs Back to the US?